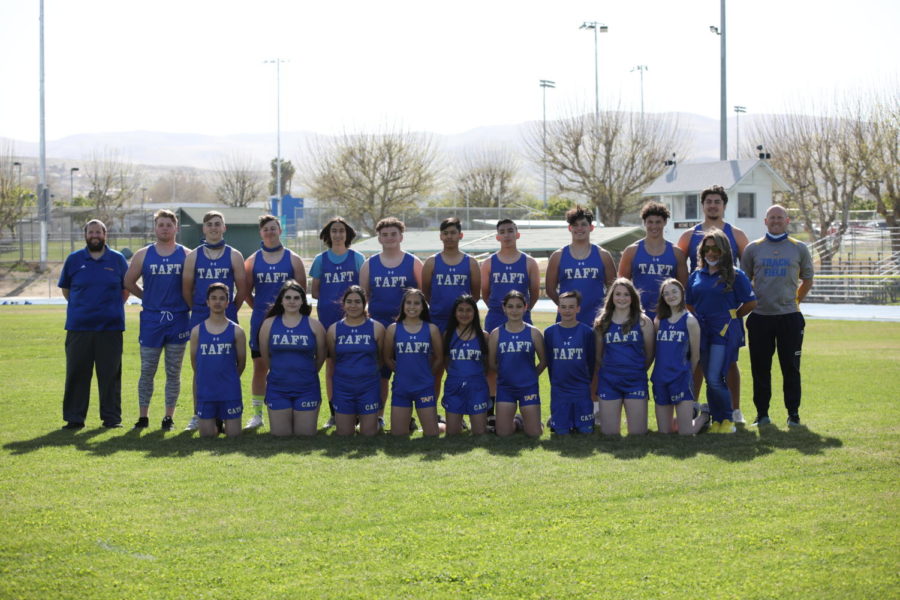 Track and field team posing for a photo.

Track and field athletes have been on a roll with the level of effort put in by the team. Coach Newton said, “My favorite part of any season is coaching the kids we get,”  he continued, “we always have athletes of extremely high character on our team.” Newton has been the head track coach for nine years.

A season highlight for Coach Newton is viewing the progress of his team and, “[w]atching kids steadily improve is always a cool thing to see.” This year has been challenging and difficult with simple things and even more challenging to show the potential of yourself with the world ever-changing. The athletes that have shined the most with contrasting purposes are as follows: Bronson Ortlieb, “established himself as the top sprinter in the league and has an outstanding attitude and work ethic,” Ilan Katz, “has had an outstanding year.  Throwing 54’3″ at the Arcadia Invitational was a phenomenal accomplishment,” Jalyn Dowden, “has become one of the top high jumpers in the area in her first year trying the event with a jump of 5’0″, which is the 2nd best Taft High has seen in the past 15 years,” and freshman Maya Katz, “has quickly established herself as the top female runner on the team and is a future captain because of the way she works.”

The biggest challenge according to Newton was, “[d]ealing with the unknown of the season,” as well as, “Convincing athletes to train for three months before competition.” He showed his appreciation when he said, “…our athletes kept working and have done extremely well”.