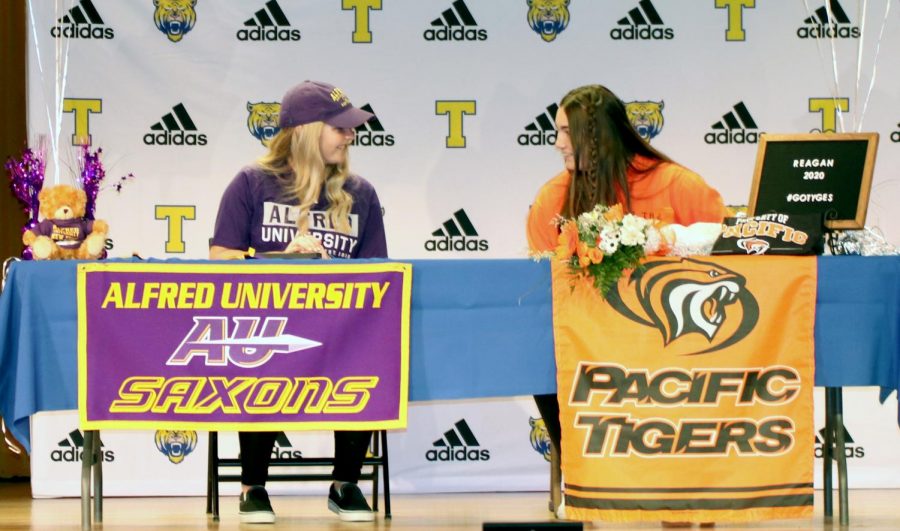 Reagan Hamilton started playing when she was four years old. She began travel ball at the age of eight. She has played for many different teams including: Bustos, Dirtdogs, Choppers, and currently Firecrackers Brashear. She signed off an athletic scholarship to attend for four years. She’d like to thank her parents for giving up their time to get her where she is today. “I’m very excited to get to finish out my last year playing at Taft High with my friends that I’ve been playing with since junior high.”

Raygan Wescott started playing at age four and started travel ball at seven years old. She’s played for about seven teams. Her college is D3 and she is getting an academic scholarship. She wants to thank her family, friends, coaches, teachers, and boyfriend. She would like to add,”Don’t give up because people are rude and don’t like you. Take that as motivation to prove them wrong.”